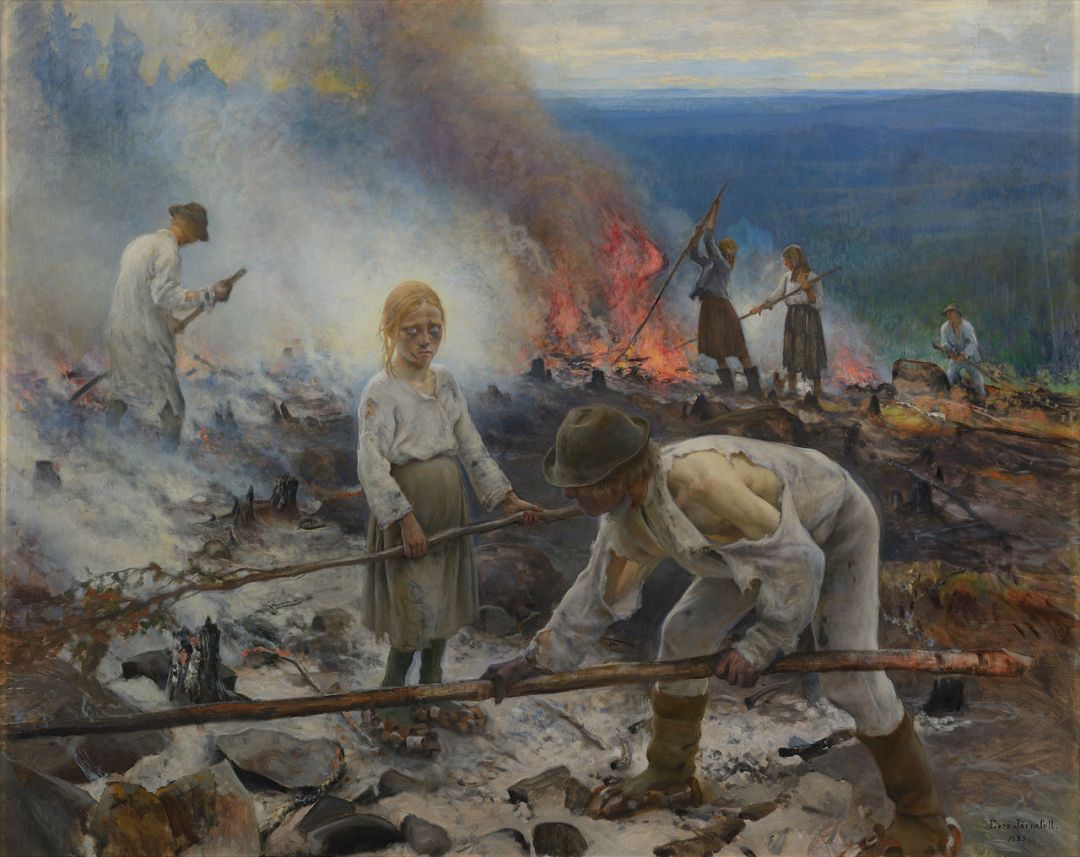 Today’s post explores the potential origin of two Finnish terms – Työ (work) and -lainen (person) – in the Greek term Duulos/Δούλος (slave) – and an alternative in Dye/Δύη (misery), from PIE *dew-.

I have read multiple theories about the origin of the word Duuni. Some have compared it with Swedish Dona (tool), and others with the English word Do. The ultimate origin of Duuni is not too important to me, as my comparison relies on Työ, which is a Proto-Uralic word. However, the word Duuni, whether or not coincidental, lends itself to be compared with Δουλειά/Duulia (granted this is using my own transliteration for creating Finngreek).

Getting into Työ, I consider two Greek words as the possible ultimate source of the Finnish word. The first is Dye/Δύε – and the reason I make this comparison is the similarity in their respective Proto-Uralic and Proto-Indo-European reconstructions: *Tewe and *Dew. The second, Δούλος, is compared with Työ for semantic affinity, as well an interesting stem: -lain-.

Finnish -lainen indicates a person (Suomalainen = Suoma- [Finland] + -lainen [person] = Finn). Duulos/Δούλος works as both a noun and adjective, meaning ‘slave’ or ‘slavish’. In ancient Greek noun declension, -los/-λος is the singular nominative, denoting a slave as the subject of a sentence. However, there is another ending, -loin (masculine) and -lain (feminine), found in the genitive and dative cases.

Either suffix is suitable for comparison, but for simplicity, I compare it with -lain/-λαιν, because from my comparisons so far, several nouns identifying women have been able to be proposed (Aunt = Täti = Tæthī = Τηθί, Grandma = Mummi = Mommi = Μάμμη), but none identifying specifically male roles for humans. This leads me to suspect that the majority of workers may have been women, perhaps in industries such as weaving, midwifery, and domestic labor. If the contact between Finns and Greeks involved an economy based on slavery, perhaps it is possible that women, who worked in the home, had more of a need to learn Greek, while men might have not needed it as much if they were working in agriculture among themselves. This idea is just a suggestion for why the feminine -ain- (vs. -oin-) is predominate in the Finnish language, if it does come from the same source as the Hellenic -ain/-αιν.

It’s possible that, if -lainen and -lain/-λαιν are related – with -lainen identifying a person or type – that duulain/Δούλαιν would have been the original term that -lainen was repurposed from. The etymology I’ve found describse -lainen (when a person) as a combination of the -la and -inen suffixes, with -lainen (when a type) being from -laji (ultimately from Swedish) and -inen. My proposed Greek etymology provides one source for both -lainen and -lainen.

Worker = Työläinen = Duulain = Δούλαιν
In Finngreek, Duu and Duulain are neutral terms to describe any work or working person, while Dye can be used to express either a more emphatic or negative sense of meaning.

Musikkoon duulain = The worker is a musician
Duu mu diskova kaa duu su dye = My work is difficult, and your work is anguish
Philaame duuli mes kaa philaate uvne tes = We like our work, and you all like your sleep